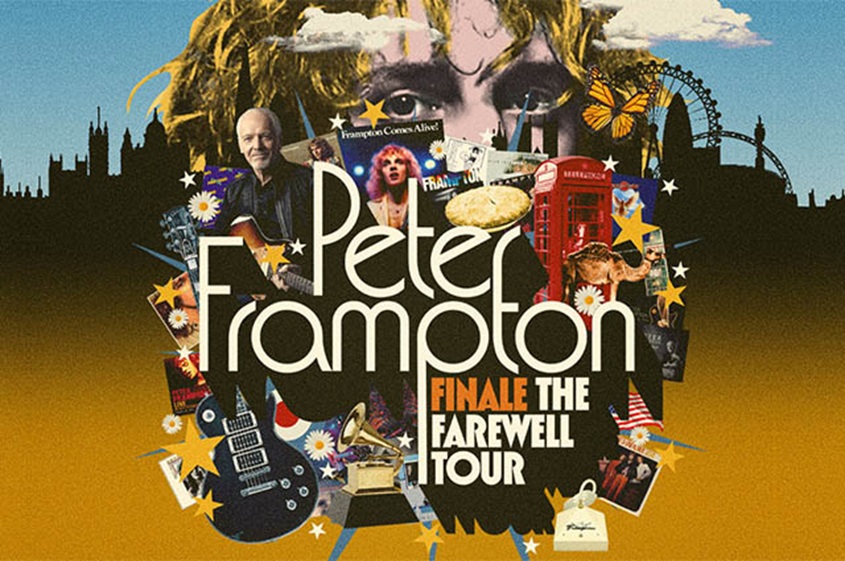 “Wind Creek Casino & Hotel (WCW) welcomes Grammy Award winner Peter Frampton in FINALE: The Farewell Tour. Frampton will perform at the WCW Entertainment Center on Saturday, June 22, 2019 at 8:00pm. Tickets can be purchased through Tickemaster.com or Essentials gift shop located inside the casino.”

Peter Frampton remains one of the most celebrated artists in rock history. At age 16, he was lead singer and guitarist for the British band The Herd. At 18, he co-founded one of the first supergroups, seminal rock act Humble Pie. His session work includes collaborations with such legendary artists as George Harrison, Harry Nilsson, David Bowie, Jerry Lee Lewis, Ringo Starr, John Entwistle, Mike McCready and Matt Cameron (Pearl Jam), among many others.

Frampton has appeared as himself in television shows “The Simpsons” and “Family guy.” He also served as technical advisor on Cameron Crowe’s 2000 film Almost Famous as well as appearing in it and writing songs for the soundtrack. In 2007 he won the Grammy Award for “Best Pop Instrumental Album” for Fingerprints and in 2014 was inducted into the Musicians Hall of Fame.

Use the following link for ticket info: TicketMaster.com
About Wind Creek Hospitality