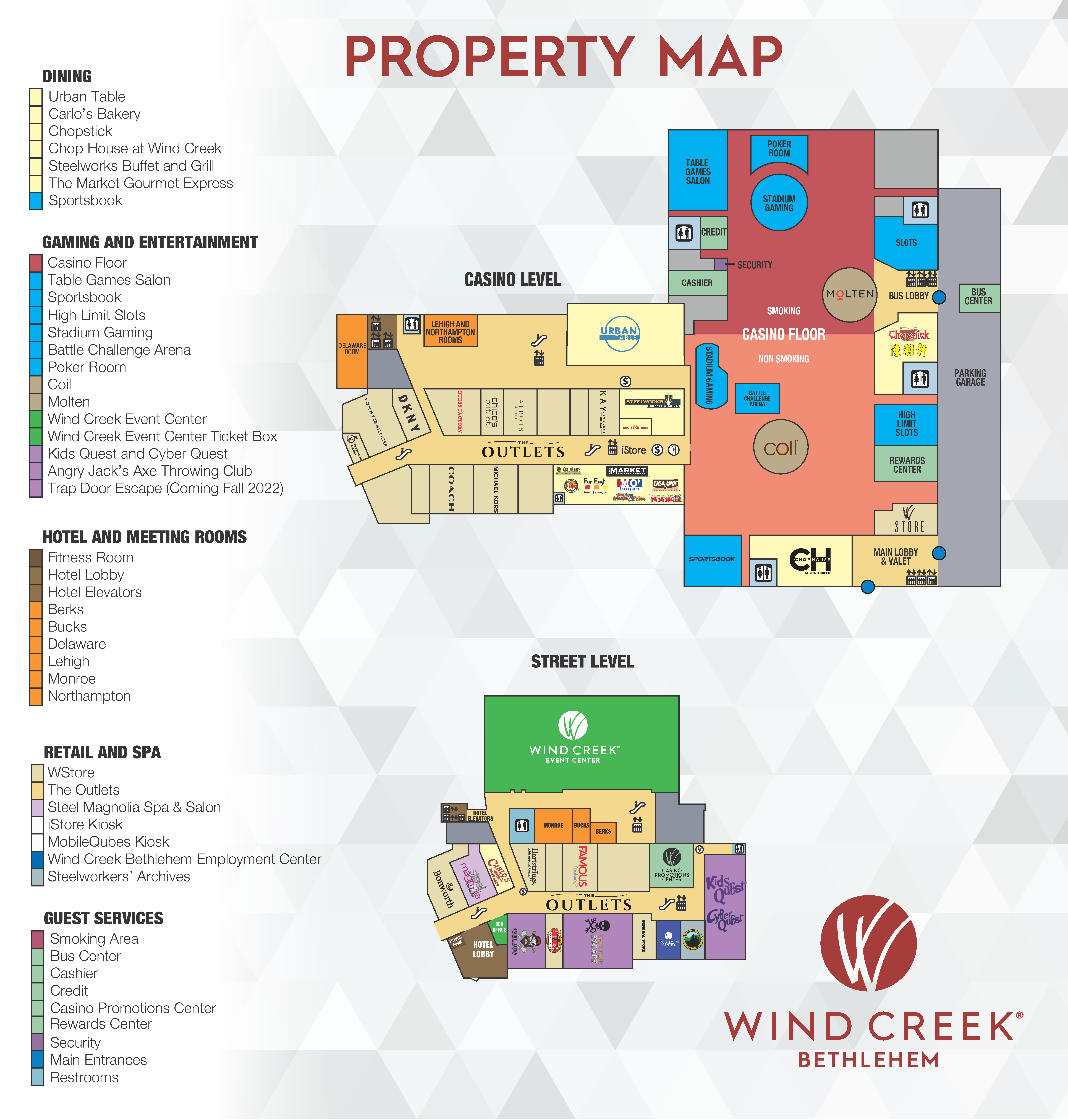 Before adopting the name officially in 1899, the legendary Bethlehem Steel Corporation first opened its doors in 1857 as the Saucona Iron Company. By installing blast furnace technology in 1863, Bethlehem Steel was able to produce much of the equipment used by the United States armed forces in World War I and World War II, including 1,100 ships; more than any other builder during the war.

Bethlehem Steel closed its doors in 1995.

In 2007, the 126-acre former Bethlehem Steel plant was purchased by Las Vegas Sands Corp. Demonstrating a commitment to preservation, the area was remediated in accordance with the site-specific environmental standard. In 2019, the property was acquired by Wind Creek Hospitality.

Putting the historical Bethlehem Steel site back into use represents a rebirth for the city, and can be used as a model for other communities across the country.

Wind Creek is currently working with ArtsQuest, PBS and the National Museum of Industrial History on programs to rejuvenate the community. For more information on Bethlehem and our property, visit discoverlehighvalley.com.